If you're interested in picking up a physical copy, you can buy a copy here with this digital copy included. 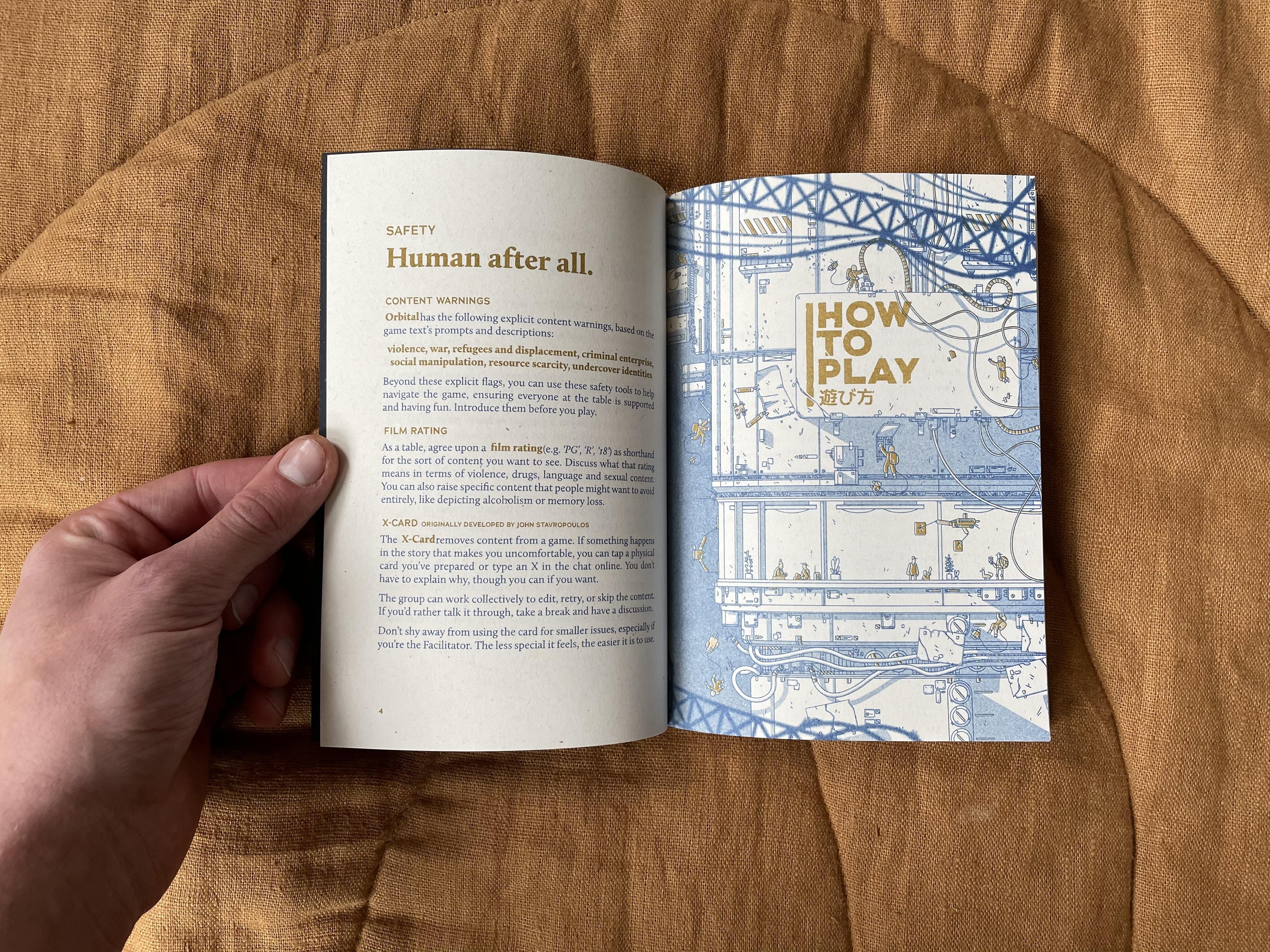 SO, WHAT IS ORBITAL?

ORBITAL gives us airlocks and control panels, pensive faces looking out into the cosmos, improvised fixes for critical systems, military-sponsored subterfuge, warm embraces in the cold vacuum, frantic struggles in zero-gravity and unknowable ancient technology, asking WHAT DO YOU DO NEXT? 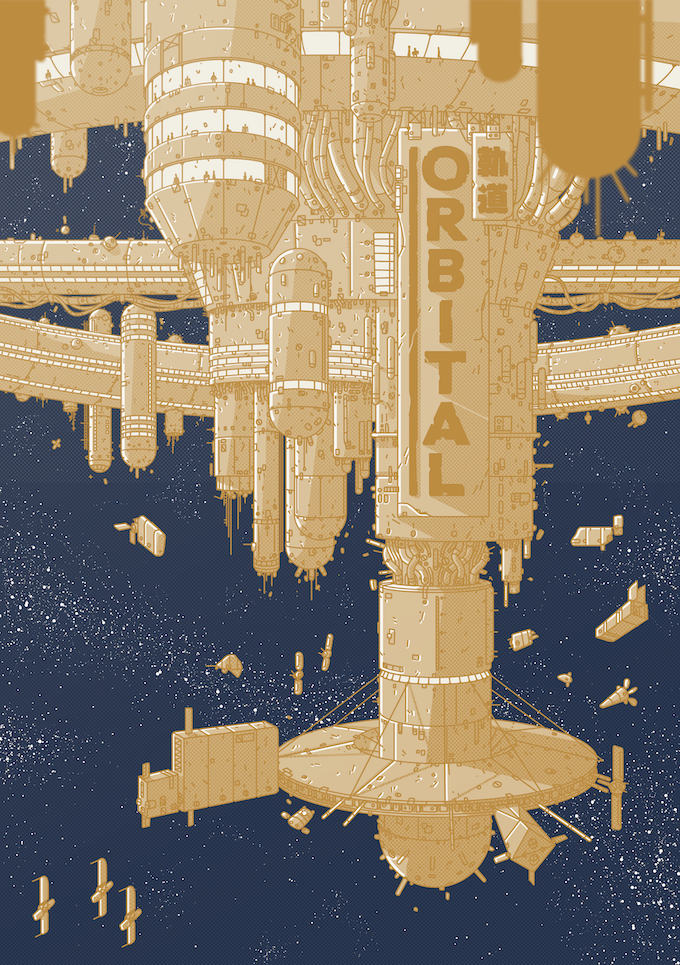 Imagine an all-consuming interstellar war, spread across a vast galaxy and involving trillions of willing and conscripted participants. Then imagine a lone space station, floating in the cosmos, that is somehow set apart from this conflict.

Through significant effort and fortuitous circumstance this place has remained unaffiliated and relatively peaceful, providing a sanctuary for the lovers and thinkers who refuse to side with the two warring powers.

But this hard-won neutrality is not secure, not even slightly. There’s always someone offering vital resources in exchange for a little influence, or plotting to displace our leaders, or smuggling military equipment into forgotten corners of the station.

Holding off these myriad threats is an informal network of dependable sorts, each with a stake in the continuing vitality of the station. These characters; politicos, artisans, brokers and so on, may not be officially recognised leaders—but their influence is felt strongly across the community.

They might not get along — they might not even like each other. But they are united by their belief that the station is a cherished place that must be protected. The question is: when the pressure is rising, can they put their differences & personal motivations aside for the good of the community?

ORBITAL employs the No Dice, No Masters system, utilising the core structure & mechanics from the wonderful Dream Askew by Avery Alder. This means two main things:

Also drawing from Dream Askew, ORBITAL is a game of Belonging Outside Belonging. This means it focuses on stories on marginalised, precarious communities working to live independently from a dominant culture.

Like many of our favourite role-playing games, ORBITAL begins with everyone sitting down to make their characters. You’ll each choose from six CHARACTER ROLES—archetypes that help you create a distinctive main character. You’ll each also choose & personalise one of six SETTING ELEMENTS—aspects of the game world that can introduce challenges and complicate your character’s lives. Filling the two sheets out is quick, fun, and will generate a messy web of story threads to start mulling over.

Finally, you'll work together to create your STATION. This place, unique to your table, will be a hopeful space that is struggling against pressures both within and without. You'll think about what it looks like, how it's structured, and choose a few things that are frequent sources of strife within the community. You'll also choose one pressing threat — a perilous event that threatens to light a spark to all the powder built up within your ragtag, turbulent space station.

As you start to explore these threats, you’ll ask questions which will lead to scenes between characters, using your various moves to shape the narrative in material, concrete directions. You’ll bargain and gossip, analyse and manage, love and celebrate, struggle and fight, and all the rest.

Ultimately, through play, you’ll decide the fate of your community and the station as equal storytellers in your own unique tale.

You can play a satisfying one-shot in 3-4 hours, or play through a series of sessions to explore your station further and further complicate your character's relationships. It can be played with up to 6 players, and will also includes rules for playing with a GM and 1-4 players when fully released.

In order to download this game you must purchase it at or above the minimum price of $12 USD. You will get access to the following files:

Support this game at or above a special price point to receive something exclusive.

Claim a free copy of ORBITAL if you are marginalised/in need. Copies will be limited but I'll be adding more here as people donate.

Thanks to my generous Kickstarter backers, we have more than 2,000 copies to share with the community. Cheers!

If there are no community copies available, please DM me on Twitter (@mouseholepress) or drop me an email to jack@mousehole.press and I'll get you a download key; no questions asked, no explanation preferred.

For $24 you'll get a copy of ORBITAL and donate a copy of the game for others to claim.

Hello. I got this game in a physical format from a store. How do I access the sheets?

Hey, they should have access to a download key for you. Drop me an email (jack at mousehole dot press) and I’ll sort you out 👍🏻

Had a really good time playing this game with a group recently. Between the players & the game itself, I think we had a really memorable adventure with some great cinematic moments. Highly recommend Orbital for people interested in a fun and collaborative storytelling game.

Congratulations on the Kickstarter! Can this game be played solo? I was a little confused with the way it was described.

Nope! You need 3 players, I should make that clear as I currently say ‘up to 6!’

Thanks for the reply. Yeah, I was confused whether there was a missing comma.  GM, and/or 1-6 players. Congratulations again. This looks amazing!

Your game is really excellent and promising, just already with the playtest kit.

I really liked the No Dice No Masters system and the way you integrated the Dream Askew principles into your game.

And a very nice alternative for playing in a SF context.

Thanks so much! Can’t wait till you see the finished product :)

I did a review (in French) about ORBITAL on my blog.

There is a real interest about Belonging Outside Belonging games for French players (France, Belgium and maybe Quebec)

This looks so promising. I will definitely take a look when I have time. The aesthetic alone is captivating. 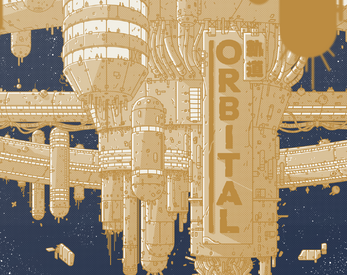